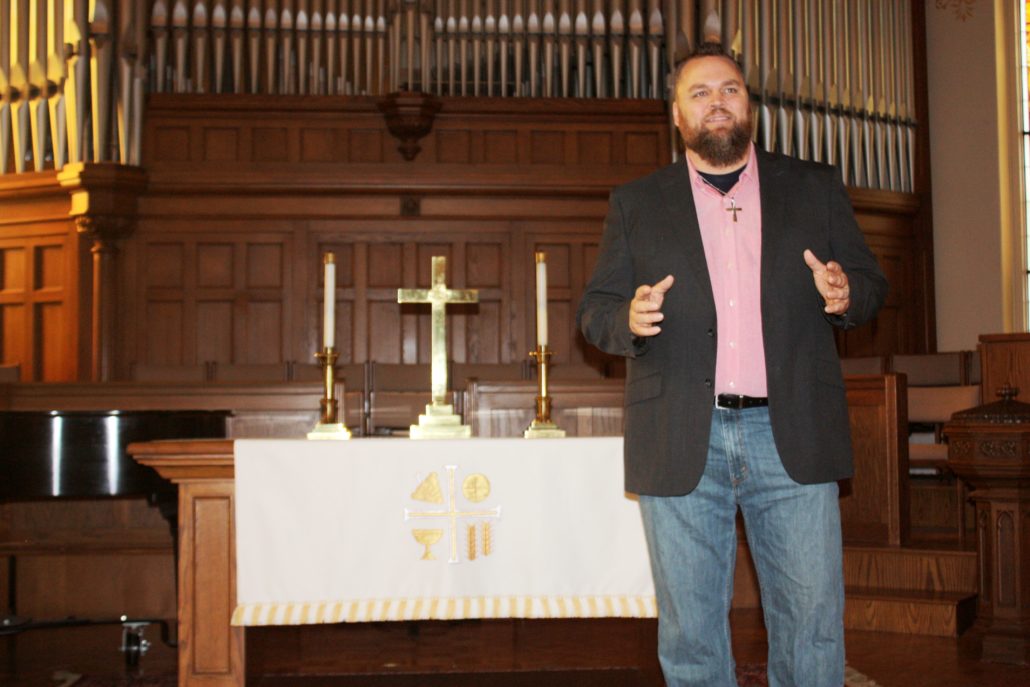 Iowa student, Fredrick Killian, exemplified American success in his professional life. But he was restless—and it showed. He served in a number of different professions, including law enforcement, hotel management and hospitality, and then, executive management for nursing homes. Though he won awards and accolades with each change of profession, he knew he hadn’t found his true vocation.

One day, a woman—a complete stranger—approached him and said, “Is your name Fredrick? I want you to know, you need to be a pastor. You need to dedicate your life or you’ll never be satisfied.” After praying and talking with his pastor, Fredrick started realizing this could be his calling after all. All his professional experiences thus far seemed to give him skills that could aid him in ministry. “Looking back, God was doing a tremendous amount of preparation in my life,” Killian says. Providence led Killian to Saint Paul, where he felt everything fell into place.

He now works at Ames First UMC in Ames, Iowa and is in his second year at the seminary, serving on the Student Council leadership team. “I truly enjoy the Saint Paul faculty, staff, and students. On days when I come in running on empty, I always leave feeling renewed and full again.” Killian laughs that with his stocky frame, long beard, and booming voice, he doesn’t fit the bill of the stereotypical pastor. But talk with him for a while and you’ll begin to understand that he’s a person for the people.

“I love doing God’s genuinely raw work,” he explained. Killian began a prison ministry program about eight months ago. He goes into jails for three, one-hour worship times. Each gathering now has an average of 40 inmates. Recently a self-proclaimed atheist asked to be baptized after six weeks of worship and discussion. “God is so powerful,” said Killian.

Fredrick Killian attended a workshop at Women at the Well, a United Methodist congregation located within the walls of the Iowa Correctional Institution for Women in Mitchellville, Iowa. There he met and received mentoring tips from Saint Paul Alumna, Rev. Lee Schott, MDiv ’07, and team member Brenda Hobson. This experience led Killian to become involved in reentry ministry for women –finding clothing, housing, and calling in favors to get women jobs. He smiles as he tells of one former inmate assigned to his team that recently got promoted to a manager position at a local fast food restaurant. It’s her first time to feel like a contributing member of the community, and to complete a successful stay in the local half-way house.

Killian attributes much of his seminary and ministry progress to his high-quality professors at Saint Paul. He moves forward with an authentic attitude to show Christ’s love: “I want everything I do, every pore in my body, to scream Christ in me.”