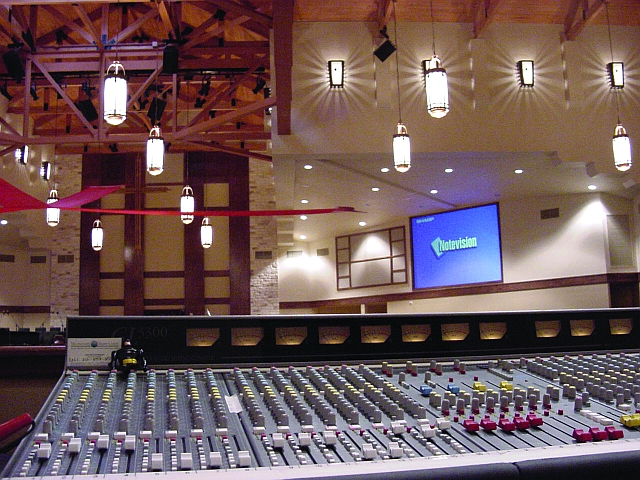 The following is a guest blog post from Saint Paul Preaching and Worship Professor Dr. Mike Graves.
His personal blog is called Pulpit & Pew and can be found here. 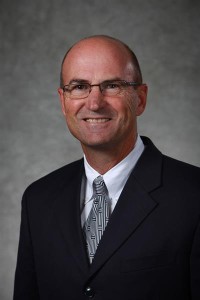 In my introductory preaching class at the seminary this semester I decided that one of the three required sermons need not be preached “live,” but could be a video of a sermon preached in a ministry setting. I had good reasons for offering this option, but when watching these sermons I was struck by something unrelated to it being on video. Or maybe not.

What I couldn’t help but notice is how many of these grand old sanctuaries with their beautiful woodwork and grand organs now had projectors and screens as well. They were hard to miss. But if preaching classes use technology like a video recording of a sermon preached elsewhere, why should I be surprised that these churches embrace technology too?

Students in class and clergy in workshops often ask my opinion on using technology in worship, and more specifically in preaching. Typically I stammer for a few moments, trying to articulate what I believe. It’s not that I don’t know, but it’s complicated. If I start with skepticism, they think I’m a Luddite, opposed to technology for whatever reasons. If I start with endorsement, they assume I support it wholesale. Neither is quite right; the truth is somewhere in the middle.

Consider this my attempt to be more articulate, even while acknowledging the complications.

Two words come to mind: use and diffuse.

By the first term, I’m thinking about the decisions to be made about its use at all in church. This is complicated, so hear me out. I remember a sermon by a really gifted Disciples preacher who at one point in her sermon was describing our tendency as fickle believers to flip-flop as followers of Christ. Sometimes we are faithful, and sometimes not so much. You get the idea, I’m fairly certain. 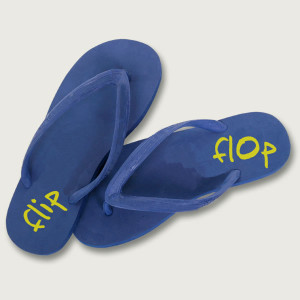 Only the preacher wasn’t so sure, so she had inserted a PowerPoint slide with the picture of a flip-flop, you know, a sandal like you wear to the beach. There’s the obvious problem that the idea of flip-flopping isn’t about the poolside shoes at all, but even beyond that, don’t most folks know what flip-flopping means without a picture? If the sermon had been about something that happened at a beach resort on vacation, we probably wouldn’t need a picture of a hotel or beach either.

The church has been using paper for a long time now, centuries in fact. And we have that down pat, how to use paper. We print bulletins with the order of worship on it and announcements crammed in as well. Of course in this green age of recycling, some have wondered about that practice. In which case, the use is guided by ecology. I bring up the use of paper, because we are still new at using screens. Very new. It will likely take us many more decades before we figure out their use. In some places it feels like an awful lot of money for clip art and preacher’s outlines.

The second term, diffuse, refers to what happens when we visit a museum and are overwhelmed with too many images. Next time you venture into a museum of art, try this experiment: Instead of trying to take in the whole museum, pick out one image and stick with it. You don’t even have to know which image ahead of time. But find one painting, one piece of sculpture, and once you do, ponder it for a long time. Sit on a nearby bench if possible. Why did you settle on this one image? What do you make of it? What sticks with you long after leaving? 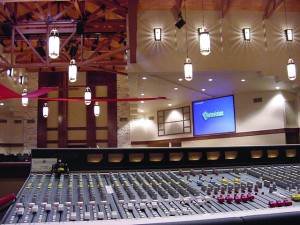 Too often preachers project too many images, too many pictures and slides. As a result, none of them get our full attention and we drown in a sea of slides. Diffusion. I know a Presbyterian pastor who chooses one slide each week, just one. Most of the time it’s the image of a painting, portraying the biblical story on which the sermon is based, Jesus feeding the multitudes, or walking on water. Just the one image. It stays up the whole time and becomes a visual portrayal of what he describes verbally.

I have heard confessions from preachers in which they admitted to spending more time on their PowerPoint images than their study of the text or finding stories for the sermon. That seems to me a poor use of their time and could lead to a very diffuse sort of existence as minister. So what do you think?